The Top 5 Architectural Follies In the World 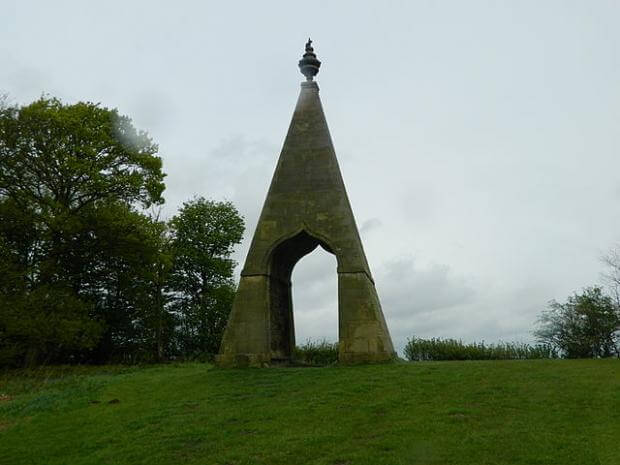 Fans of Terry Pratchett’s Discworld novels will know the name of Bloody Stupid Johnson, the architect and inventor who was responsible for ridiculous designs. Some of them satirise the architectural tradition of follies.

Among Johnson’s projects was a hive that could house bees 3m in size, and an exploding pagoda. Among the world’s top 5 follies are a building crowned by a giant tropical fruit, and a surreal castle of grottos.

What Is a Folly?

A folly is a building that looks more important than it really is. Most of them were nothing more than elaborate garden ornaments.

They were all the rage in 18th century England and France, although they can be in other countries. Popular English and French follies included classical temples, Egyptian monuments, and ornate ruins and grottos. By today’s standards, one would need to win big when playing NZ real money online bingo to afford a folly.

Located in the grounds of Stowe House, Buckinghamshire, UK, the Gothic Temple is a two-storey structure built from ironstone in the 1740s. It has a triangular plan, and features towers at each corner. It is now let out as holiday accommodation.

Standing 21m high and with a corkscrew design, the Wonderful Barn also has staircase that winds around the exterior to reach a viewing area at the top. It is on the Castletown Estate in County Kildare, Ireland. Known as a ‘famine folly’, the structure was commissioned by Katherine Conolly. She was the widow of a member of the House of Commons, and she wanted to provide employment for people during the Great Famine.

Located near Edge Hill in Liverpool, UK, the Williamson Tunnels are a series of vaulted tunnels dug and built under the direction of Joseph Williamson between 1810 and 1840. He was a tobacco merchant who used his fortune for philanthropy, which may have been the reason for the so-called tunnels. Urban legends say he was a member of a doomsday cult, while university researchers think that he simply wanted to cover what had been a sandstone quarry.

What is now known as the Dunmore Pineapple in Dunmore, Scotland, was originally a simpler greenhouse that was built in 1761. In 1777, the Earl returned from Virginia, and a giant stone pineapple was added to the top of the building. No prizes for guessing what was grown in the greenhouse.

Ferdinand Cheval was a French postman who dreamt of building a palace. He was inspired to mke a start after he found a strange stone while on his regular route on day in 1879. Cheval spent the following 33 years collecting stones and assembling them into turrets and grottos inspired by architecture from Algeria, China, and Northern Europe. Visitors are encouraged to spend time taking in the little details, such as inscriptions of quotes, animals hidden in plain sight, and more.