Design Failures Around The Globe

Sometimes buildings look great on paper and less so in real life, or the purpose they are built for falls away.

Or, their construction is so riddled with issues that they just never reach their conclusion. These are some of the worst design fails that have sprung up from over ambitious architects and governments around the globe.

This stadium is currently imploding, and even after a whopping $50 million was spent on it, it still remains in a chaotic state.

Plagued from everything from black mould to leaks and faulty elevators, the stadium was meant to open several years ago, but remains under construction to this day.

Construction on the Ryugyong Hotel began in 1987 and has sucked up nearly 2% of North Koreas GDP in the years since. Amazingly, the hotel still isn’t finished and rumours abound that the building never will be completed due to faulty engineering.

The government has denied this as the entire episode is very embarrassing, but all signs point to the fact that it will never really open its doors.

Greece really went all out when they were awarded the 2004 Olympic. But they seemed to have over capitalised and there are now dozens of stadiums standing empty.

The Greek government built stadiums for just about every sport, and these turned out have no longevity whatsoever after the Olympics had come to an end. Over $111 billion, more than you’d win playing even the most lucrative Australian online pokies was spent on stadia that are now giant white elephants. 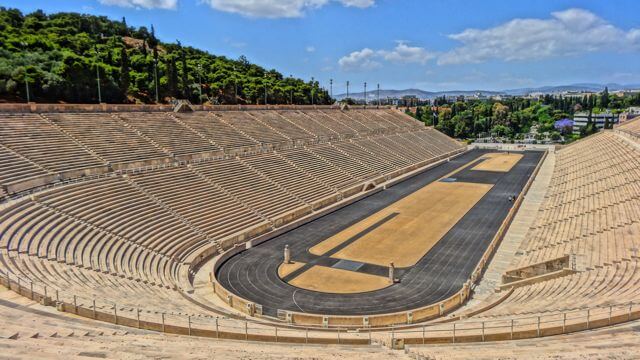 This building may be in use now, but it certainly took a lot for it to get there. Known locally as the tallest building in broke city, the Burj Khalifa was plagued by construction problems from day one.

Plus, debt problems were always an issue and financial crisis after crisis halted construction several times along the way. In the end, the UAE president stepped in to offer a loan and the building opened it doors. Not without problems however, as the much-anticipated viewing deck was inaccessible for ages due to access being problematic.

A true creative folly, the Millennium Dome was built to celebrate the new millennium but it ended up costing a lot more than any one bargained for. Its intricate design and symbolic towers cost more than $1.25 billion to build, and when it opened on the 1st of January 2000 it failed dismally to attract the anticipated attention.

$41 million was spent on closing the Millennium Experience in the same year and is now mostly used as a live music venue.

The Kangbashi District of Ordos was the Chinese governments idea, and its intention was to increase the domestic product of the nearby town by building close to the populated city.

Over $352 million was spent on roads alone and other massive sums went towards building homes and infrastructure. Sadly the district never really took off and it is now a very expensive ghost town.