A City of Architectural Dreams: Rotterdam 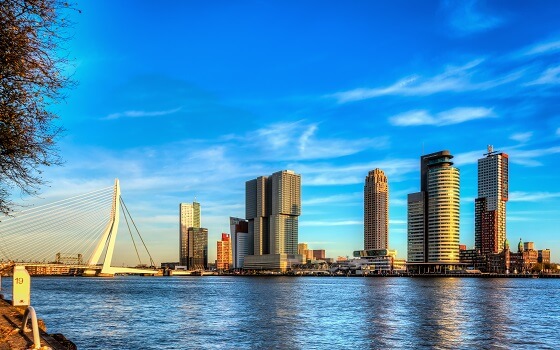 The port city of Rotterdam in the Netherlands is the country’s second largest city and boasts an absolutely awe-inspiring collection of architectural masterpieces.

From breathtaking commercial buildings and innovative spaces to medieval treasures, Rotterdam is an ever-expanding metropolis which unsurprisingly hosts the International Architecture Biennale and the Netherlands Architecture Institute. Here are just a few of the city’s many construction masterpieces.

Completed in 1984 according to designs by the award-winning Dutch architect Piet Blom, the Kubuswoningen or Cube-Houses are 40 small dwellings shaped like titled cubes, each perched on concrete pillars.

The effect of the design gives the impression of architectural ‘trees’ bunching together to form a forest. Each cube comprises of three floors and a panoramic viewing gallery and Blom envisioned a safe and peaceful community set apart from the bustling city below.

Named the country’s most beautiful theatre by several publications, the Nieuwe Luxor Theatre boasts a riverside façade painted scarlet red as a nod to the delightful red of traditional stage curtains, but the true masterpiece lies within.

With plenty of expansive staircases, glass columns, and breathtaking viewpoints, the Nieuwe Luxor Theatre was completed in 2001 from designs by Bolles + Wilson and offers unparalleled views of the River Maas. 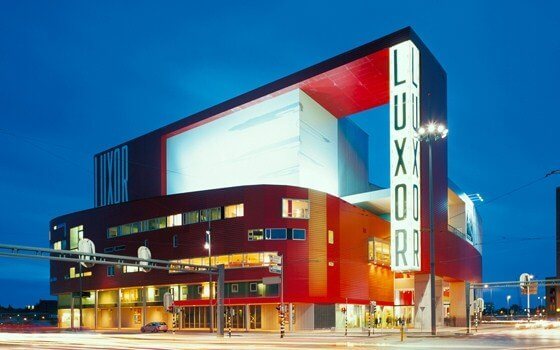 As Rotterdam’s only example of Gothic architecture, the Grote of Sint-Laurenskerk is one of the few remaining pre-modern buildings in in the city.

Originally constructed in the mid-1400s, the church was restored in the 1950s – long before the rise of real money online pokies – after it sustained damage from bombings during WWII.

While the building is spectacular as a whole, there are certain points of interest which must be mentioned, particularly the copper choir screen completed in 1715 and the ornate doors designed by Manzù in 1968.

Standing at 45 metres high, the Witte Huis was completed in 1898 and is considered the Netherland’s first ‘skyscraper’.

For many years the Witte Huis was the tallest office building in Europe and was constructed in an attempt to live up to architectural innovations of the United States.

Named a UNESCO World Heritage Site in 2004 for its contribution to 20th century industrial architecture, the Van Nelle Factory is a former tea, coffee, and tobacco factory.

Completed in 1931 and designed by J.A. Brinkman and L.C. van der Vlugt, the Van Nelle Factory boasts huge windows, light metal framework and a streamlined shape which provides the space with a spacious, airy feel.

The perfect combination of fun and functionality, the Rotterdam Market Hall is an incredible space which offers offices and 200 apartments while playing host to an expansive market hall.

The exterior arches in the shape of a horseshoe over the market place and the entirety of the inner archway is covered with massive murals by artists Arno Coenen and Iris Roskam.