The Biggest Architectural Failures Ever 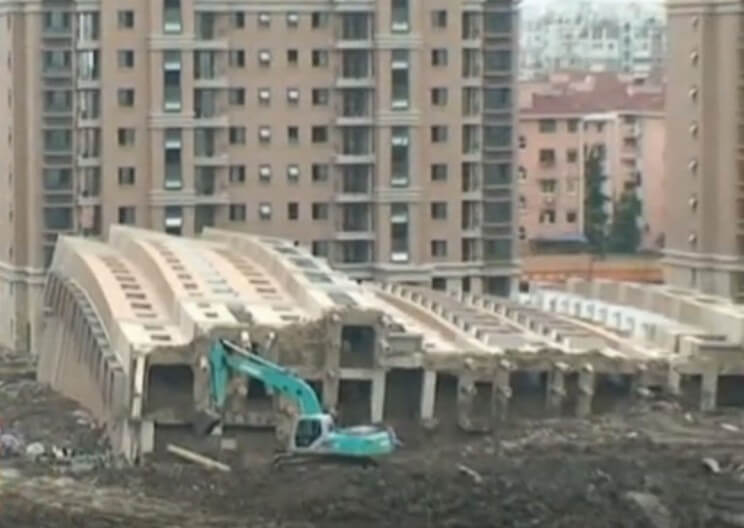 Architects are generally viewed in the same vein as lawyers and doctors: intelligent, schooled individuals who spent years refining the work in their chosen field, but that’s not always the case.

Like lawyers and doctors, there are plenty of architects that have made their own blunders throughout the years – but what sets them apart is that their failures are on a much larger scale, for the entire world to see.

These are among the biggest architectural failures of all time.

The Lotus Riverside was a building complex built in Shanghai that was part of a much larger series of 11 buildings, which were situated next to a river. In 2009, the project was all but completed, and almost all of the flats had been sold off.

One morning, workers arrived to find that one of the buildings had fallen over while remaining completely intact. Much of the reason it fell over was due to underground water leakage that had damaged the building’s foundation.

Tropicana Field is a covered stadium that was designed and built as a home venue for the Tampa Bay Devil Rays. While immensely impressive from the outside, the stadium’s ceiling design has actually hampered the way that games can be played, the same way harsh weather could put an end to Geelong Cup betting.

The large ceiling is held aloft by a massive support and lighting structure that hangs fairly low into the stadium – disallowing the baseball players from getting any serious height on their home runs.

The John Hancock tower is the tallest building in the city of Boston, and won the National Honour Award from the American Institute of Architects in the late 1970s. It’s a large tower that has been a landmark in the city for decades, but it’s the same building that has almost caused the deaths of hundreds of innocent pedestrians.

It was quickly discovered that in strong winds, the windows of the building had the tendency to fall out and hurtle toward the ground, which normally wouldn’t be a big problem, but these specific windows weight in at around 220 kilograms each.

Designed by legendary architect Frank Gehry, the Disney Corporation commissioned this unique building, and it didn’t take long for the entire complex to turn into a heat ray.

Because most of the sides are extremely shiny, they tend to reflect light, and this light energy is then sent all around the surrounding neighbourhood, heating up the side-walk, blinding drivers, and increasing the temperatures of nearby buildings.

First designed by William LeMessurier in the 1970s, the Citigroup Centre was planned to be constructed on top of an already existing building: St. Peter’s Lutheran Church, and when they refused to move, LeMessurier came up with a different plan.

They built the tower on top of the church on a set of stilts, which they quickly realised would fall over whenever a strong storm passed through.