The Tiniest Buildings From Around The World 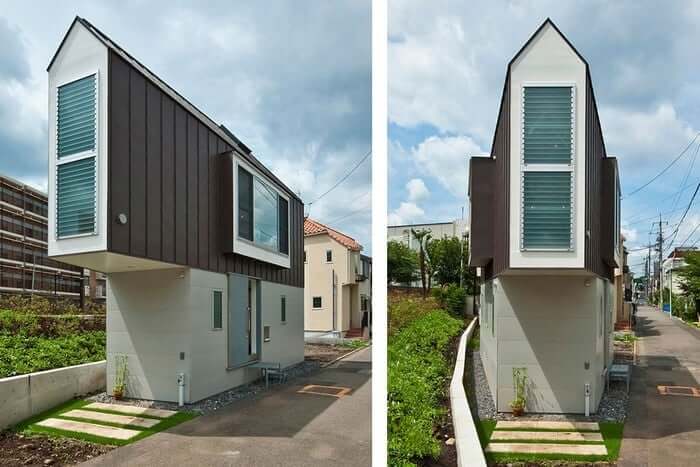 It’s not uncommon to be left in awe when coming across a particularly large building, such as a skyscraper or a castle. But not every building in the world can be enormous; some are small, quaint, but packed with just as much character as any colossal piece of architecture.

Here we will look at some of the very smallest buildings from across the globe.

Found in the stunning country of Wales, the Quay House is among the tiniest buildings around, with just over 3m x 1.8m in total floor coverage, and a height of 3m metres. It currently holds the record for the smallest house in Britain, and has become something of a favourite for tourists coming through the area. The house once belonged to Robert Jones, a fisherman that was over 6ft tall, but somehow managed to live comfortably.

This tiny cottage, located in Canada, has become so popular in recent years that it even has its own dedicated website. With a 28.9m2 floor area, it’s about as small as a cabin can be while still being liveable. And The Tiny House is certainly liveable, with all of the modern amenities that one could ask for. Having been constructed in 1912, it comes with a kitchen, an en-suite bathroom, as well as a basement, and parking for two cars on the premises.

Scotland is home to the world’s smallest lighthouse, and is only 11 feet tall in total. Built in 1817, to reach the top of the lighthouse visitors will only need to ascend 23 steps. Once they’ve reached the top floor, it’s only able to comfortably house two people at any given time, creating an image of just how small it really is. While it worked as a functional lighthouse for many years, guiding boats along the waterway, it has been converted into a tourist attraction, and is owned and maintained by the North Queensferry Heritage Society.

Made to resemble the famous Flatiron building that can be found in New York City, this miniature version of the Flatiron is stet in downtown Portland. Having been built in 1916, it currently takes less space than a single acre of land. For decades, it was regarded as the smallest commercial structure on the West Coast. Today, it’s looked after by the National Register of Historic Places, where they make sure that it has fresh paint and all the necessary repairs every few years, and it’s great for a visit for the curious or those wanting to make money online through travel blogs.

Florida is known for its many attractions, and one that’s become immensely popular in recent years is the Ochopee Post Office. The original office, which was also part of a general store, was destroyed completely in the early 1950s. Instead of rebuilding the entire thing from scratch, a tomato farm’s pipe shed was used to house the new post office. The post office now serves a total of 11 people.