The Oldest Paintings In The World 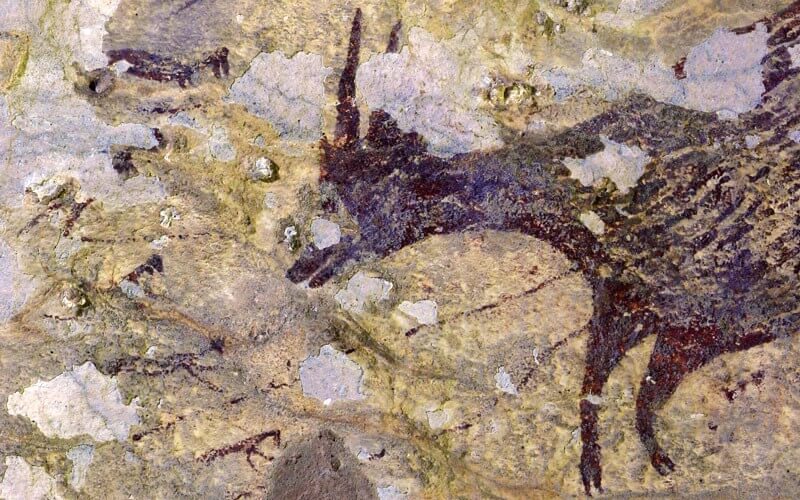 Humankind has been creating art for countless thousands of years.

In fact, some of the earliest signs of our ancestors that have been discovered over the years are almost always related to small pieces of art that we created during our development.

Over time, as we slowly become more sophisticated and the art that we crated developed into something more well-developed, we started creating full paintings using paints of various colours.

It didn’t take long before we were painting portraits of ourselves and landscapes of the world around us, with many of these early artworks surviving to this day.

The Oldest Painting From China

Dating as far back as 221 BC, this kind of artwork was known as calligraphy, and it represents some of the very first recorded art within the country of China. The ancient Chinese are well-known for their creativity and the various methods they used when making their art.

This particular piece is made partly from silk and depicts a man that’s holding a sword while riding a dragon. Along with the man, a fish, bird, and egret can be seen, which are common symbols found in much Chinese art from this period.

While much of the art from ancient China has been lost due to war and other factors, many of the pieces that were made in Ancient Greece are still around.

One colony from Greece, known as the Minoans, were some of the oldest people in the region, and were famous for their pottery, which they painted in various colours and themes. They also painted on a regular basis, which is where this specific piece comes from, dating as far back as 1600 BCE.

Historians don’t know much about the woman that’s shown in the artwork, and neither do they know who exactly painted it. What is known, however, is that she’s wearing common clothing that was worn within among the Minoans, and that her hair style was popular at the time.

When it comes to ancient, there aren’t many civilisations that are quite as old at the Egyptians.

Considered as one of the world’s first true civilisations, the ancient Egyptians were creating art in various forms for thousands of years before many other settlements around the world even existed. They were known for adding art to their tombs, in particular, especially when it came to the resting places of their pharaohs.

The oldest artwork ever discovered in the Egyptian region shows a person that’s moving into the afterlife, as this was an important part of their history.

The art was discovered at the Painted Tomb in Hierakonpolis and was made over a number of years during the pre-dynastic period of their history, around 1000 years before famous pharaohs like Tutankhamen even existed, who are thousands of years older than today’s inventions of computers and online betting NZ.

Historians believe that the painting was created over time rather than at a single sitting, with various artists and people contributing to it, expanding it and making it more detailed with every passing generation.