The Iconic Influencers on 1970s Fashion

With elements that are best described as bold and overstated, 1970s fashion is still consistently reimagined and reintroduced to 21st century catwalks.

As a stark contrast to the 1980s style which followed, 1970s fashion was characterised by flares, platforms, fringing, and suede and took the individual style of the 1960s to a whole new level. Here are just a few of the style pioneers of 1970s fashion.

Even though the dress was originally only available in a small range of highly 70s prints, von Furstenberg was featured on the cover of Newsweek labelled the ‘most marketable designer since Coco Chanel’ and by 1976 von Furstenberg had sold an astounding 5 million dresses worldwide.

The epitome of ‘flower power’, Mitchell completed the look with bare feet or sparse leather sandals, making it easy to see why Mitchell is considered a fashion icon of the 1970s.

From outlandish perms to over-the-top prints, Cher first rose to fame as one half of Sonny and Cher and later went on to release 10 albums throughout the 1970s – which is just about as impressive as the rise of online blackjack!

Effortlessly adopting every trend the decade had to offer, Cher was the personification of 1970s fashion. 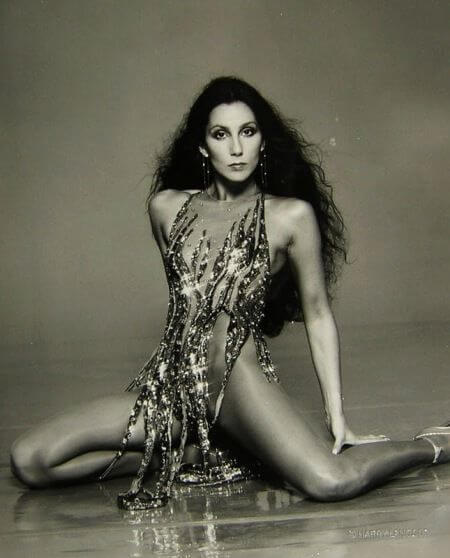 American fashion designer Roy Halston Frowick, known simply as Halston, shot to fame in the 1970s owing to his minimalist draped gowns and his most iconic innovation, the jersey halter dress.

Rubbing shoulder with the likes of Liza Minelli and Elizabeth Taylor, Halston was frequently spotted at Studio 54.

From iconic people to the most iconic place to be in the 1970s, Studio 54 was frequented by everyone from Andy Warhol to Yves Saint Laurent.

As the personification of living your best life every day of the week, anyone who was anyone could be found at the iconic club.

Skewing ideas of fashion and gender, David Bowie as Ziggy Stardust would perform in spray-on leotards, foil flares, and a full face of make-up.

Ever the chameleon, Bowie reimagined himself many times throughout his career, but Ziggy Stardust was without a doubt the most influential of style in the 1970s.

While The Supremes may have dominated 1960s fashion, Diana Ross was the epitome of 1970s musical fashion.

Before Karl Lagerfeld became the emperor of Chanel, he worked for another fashion label, Chloé.